Daisy flower meaning. What does this flower symbolize? 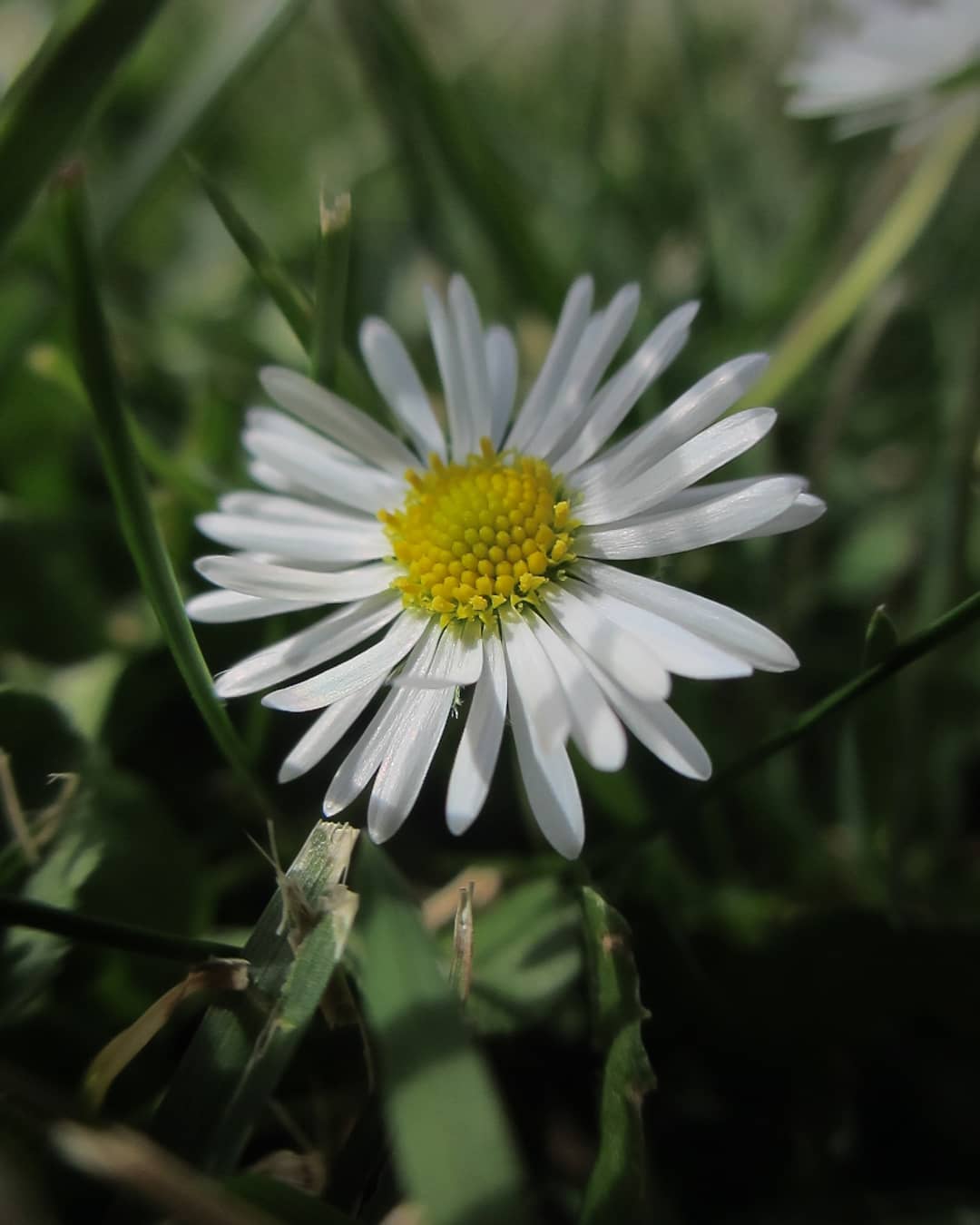 Daisies are symbols of love. Probably everyone has defoliated a daisy at least once to find out if the person you love is in love with you? The simplest way to describe daisy is a small round plant with a yellow center and white leaves. However, the scientific name of it is Bellis. Daisy is a genus of flowering plants in the Asteraceae family, also known as the sunflower family. It includes such flowers as asters, ambrosia and of course – sunflowers. Daisies are native to Europe and North Africa. A few species grow in the US and other parts of the world as well. If you are keen to learn more – let’s find out the true daisy flower meaning, origins, and other interesting facts.

It is worth to mention that people refer to many similar plants of Asteraceae family to the name ‘daisy’. In this article, we are going to talk about the most common species of the daisies – Bellis perennis which is also known as the common daisy. We can also find other names that refer to this flower such as lawn daisy, English daisy, and bruisewort [1]. Another interesting fact about a daisy is that it’s not a flower. It is a flower head that is made up of dozens of tiny flowers [2]. But for the sake of simplicity, we will call it a flower.

Although there are about 15 daisy species, the common meanings apply to all of them. The most popular meanings of daisy flowers are innocence, purity, new beginnings, and trust. However, various colors may also symbolize beauty, love, and patience.

White daisies are the symbol of innocence and purity. This image comes from Hamlet’s Shakespear where Ophelia picks up a daisy and doesn’t give it to anyone [3]. Ophelia thinks that there is no innocence left in the Danish court.

We can often find daisies in bouquets for newborn babies or their parents. That’s why new beginnings is another symbol of the daisy flower.

Another, less popular meaning of daisy is simplicity [4]. This meaning comes from the simple appearance of the flower. We can find daisy as an element of minimalist compositions and bouquets. So, it can be a perfect element in your festive decorations or a gift to a friend that loves minimal aesthetics.

Daisy flower meaning of beauty comes from its name. Etymologists suggest that the name Bellis comes from the Latin word Bella which means pretty [5]. Meanwhile, the word perennis in Latin stands for everlasting. So, here we have another meaning of daisy – an everlasting beauty. In some European countries, daisy is called ‘the little sun’ due to its similar look to the sun [6].

Another common name of the daisy flower is the ‘day’s eye’ which comes from the old English dæges-eage [7]. This is because daisies are following the path of the sun throughout the whole day. The head of each daisy opens up at the dawn and slowly closes at the dusk. You can only see a fully-opened daisy at full sun. This is why people associate daisies with freshness. If you have slept well and are ready for the morning, you’d be called ‘a fresh as a daisy’.

The symbolism of the daisy flower

Some people that practice modern paganism believe that daisies bring happiness. To receive the blessings of faeries, one must decorate his/her house with daisies at Midsummer’s Eve [8]. You can also wear a daisy crown to attract good luck and blessings from the spirits.

In the olden times, young girls made daisy crowns and wore them in their hair to attract their beloved one’s attention. Daisy is also a very popular spell/game of ‘he loves me, he loves me not’ among the young girls of the western world [9]. As we have mentioned before, in some Eastern Europe countries the daisy also has a name of ‘the little sun.’ The image comes from daisy’s similar look to the sun. European pagans used to worship various plants and flowers by personifying them, so that’s why they gave daisy this name.

As we have already mentioned, daisy is not a flower itself. It consists of many flowers in the center and its petals are also a separate flower [2]. Daisies begin to flower in early spring, bloom in early summer, and grow until the end of the summer.

Daisy is naturally resistant to many diseases and pests [10]. Which makes them a very easy to grow. It is a perfect flower for a beginning gardener. Of course, you will need a well-drained garden soil, and you should plant them in full sun or partial shade.

Daisy is also a girl’s name and a nickname for another name Margaret, which comes from the French name of the oxeye daisy [16]. Back in the olden times, children used to make daisy chains for their games. These daisy chains were also used by the students of Vassar College to decorate the old chapel for Class day [17].

Young leaves, flowers, and roots of the daisy are edible. But it tastes much better if you add young leaves in salads. People also use the daisy flowerheads as a decoration element of various dishes. Some use raw flower buds and petals in sandwiches or soups [18]. The daisy tea will help you to relieve the cough as it is full of various vitamins and anti-inflammatory properties.

Daisy is a popular remedy in herbal medicine as it has astringent properties. In the olden days, people used to treat various wounds with it. Nowadays, it is still used in homeopathy after certain surgical procedures [11].

One of the oldest evidence of medicinal properties of daisy dates back to the 16th century. An English botanist John Gerard describes the flower in his book of plants called ‘Herball’ [12].

Daisy works as an antispasmodic diuretic and tonic [13]. It is a widely used remedy to treat cough, asthma, and nerve sensitivity. Daisy tonic works similarly to Chamomile flowers, and you can use it for night sweats. The infusion of daisy helps to relieve chronic coughs, catarrh, rheumatism, arthritis, liver and kidney disorders, and also works as a blood purifier [14].

A tea boiled from daisy leaves and sweetened with honey strengthens the appetite and metabolism as well as reduces the cough. Its diuretic properties may help against swollen feet [15].