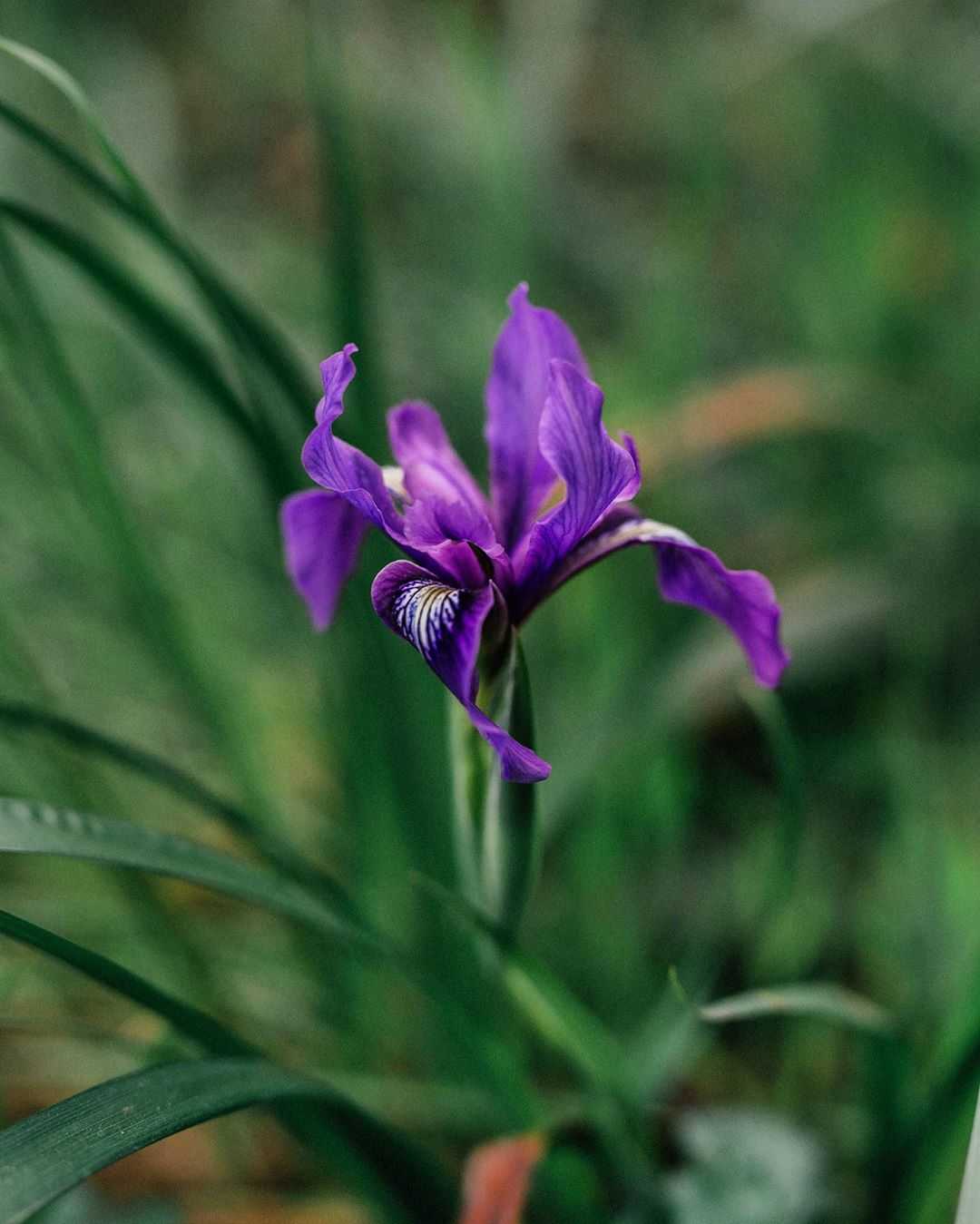 Sometimes called ‘the eye of the sky’, the iris flower forms the Iridaceae family that consists of more than 300 colorful species. If you love flowers, you have most certainly heard of Iris. It is a beautiful and delicate flower that comes in many different colors. Let’s take a look at the iris flower meaning, origins, and other interesting facts.

The name of iris comes from the Greek word which means rainbow. Some researchers attribute the origin of the name to the wide variety of iris flower colors. Also, the flower shares its name with the ancient Greek goddess of the rainbow. In Greek mythology, Iris is a beautiful young maiden with the wings on her back. She is the messenger of the gods and brings the news to the mortals. Rainbow is a link between heaven and earth, which she uses to travel back and forth.

Therefore, one of the main meanings of iris flower is hope and good news. Of course, the image comes from the Greek goddess Iris, and we know that sometimes the news can be bad. But overall, the arrival of Iris gave people hope.

The ancient Greeks were fascinated by the wonderful colors of the rainbow. For them, it was a miracle and a gift from heaven. So, another iris flower meaning is a miracle and a pleasant surprise. Thus, the iris is a perfect gift on a child’s birth. Iris is also a woman’s name. It represents a strong, temperamental and initiative personality. Iris is the birth flower of February in the US, so it is a perfect idea to name your daughter if she’s born on that month.

Meanwhile, the ancient Egyptians considered that the three iris petals contain faith, courage, and wisdom. We can see that they share similar concepts with the Greeks. The Egyptians also believed that this flower can communicate with the divine world.

Another symbol of the iris flower is royalty. It became an emblem of royal families of France in the 12th century. Since then, we can find fleur-de-lis in many flags, coat of arms and other objects.

Since there is a wide range of iris colors, the meaning may slightly vary. So, you should have this in mind before giving an iris as a gift or decorating your home with this flower.

Fleur-de-lis is a well-known heraldic symbol. Although it translates as ‘flower of the lily’, it reflects the yellow iris flower. And to prove that fact – there are no wild yellow lilies anywhere in Europe. In the 12th century, Louis VII adopted it as a symbol and since then Fleur-de-lis became the symbol of France. According to Dumas, the fleur-de-lis symbol was burned on the skin of criminals to mark them for the rest of their lives.

In general, the fleur-de-lis is a symbol of power, sovereignty, honor, and loyalty. In French heraldry, it is a religious, political and dynastic symbol. It may also signify the purity of soul and blood. As we’ve mentioned before, it first occurs as the emblem of the House of Capet in the 12th century. But we can also find it in religious art, architecture, military, sports, and other fields. It is a universal symbol of the Scout Movement.

In some parts of the world, people call iris flowers flags or swords. This image comes from the royal symbolism in heraldry. The sharp leaves of iris are also the reason why in Christianity it represents Our Lady Of Sorrow. They are an allusion to the swords that pierced her heart.

There is a species called Iris anguifuga which means a ‘snake chaser’. This name comes from the Chinese folklore as people believed that this plant keeps the snakes away from the garden.

Characteristics and usage of Iris

There are about 300 species and more than 50,000 varieties of the iris flower. Botanists usually divide iris flowers into two groups – bearded iris and beardless iris. They range from huge flowers that reach five feet or more to small dwarfs that grow up to eight inches.

As the name suggests, the bearded iris has a small ‘beard’ – the lower fuzzy petal which is hanging downwards. Bearded iris doesn’t have a blurry appearance and reproduces through their swollen roots. Meanwhile, the beardless iris has a round tube called a rhizome which produces small bulbs.

In the olden days, people used iris roots to treat skin infections, syphilis, digestive problems, and hydropsy. Nowadays, some people still use it to purge the liver. Alternative medicine specialists use yellow iris to treat dandruff and white iris to treat asthma and bronchitis. They also use white iris as a compress to treat acne.

We can also find the iris flower in perfume and cosmetics industry. It is the roots of the iris that contain the fragrance. The roots are dried and then crushed to produce a powder called ‘iris root.’ People use this powder in herbal remedies or in potpourris to preserve the scent of the dried herbs.