Edelweiss – the Alpine Star. What is the history behind this beautiful plant? 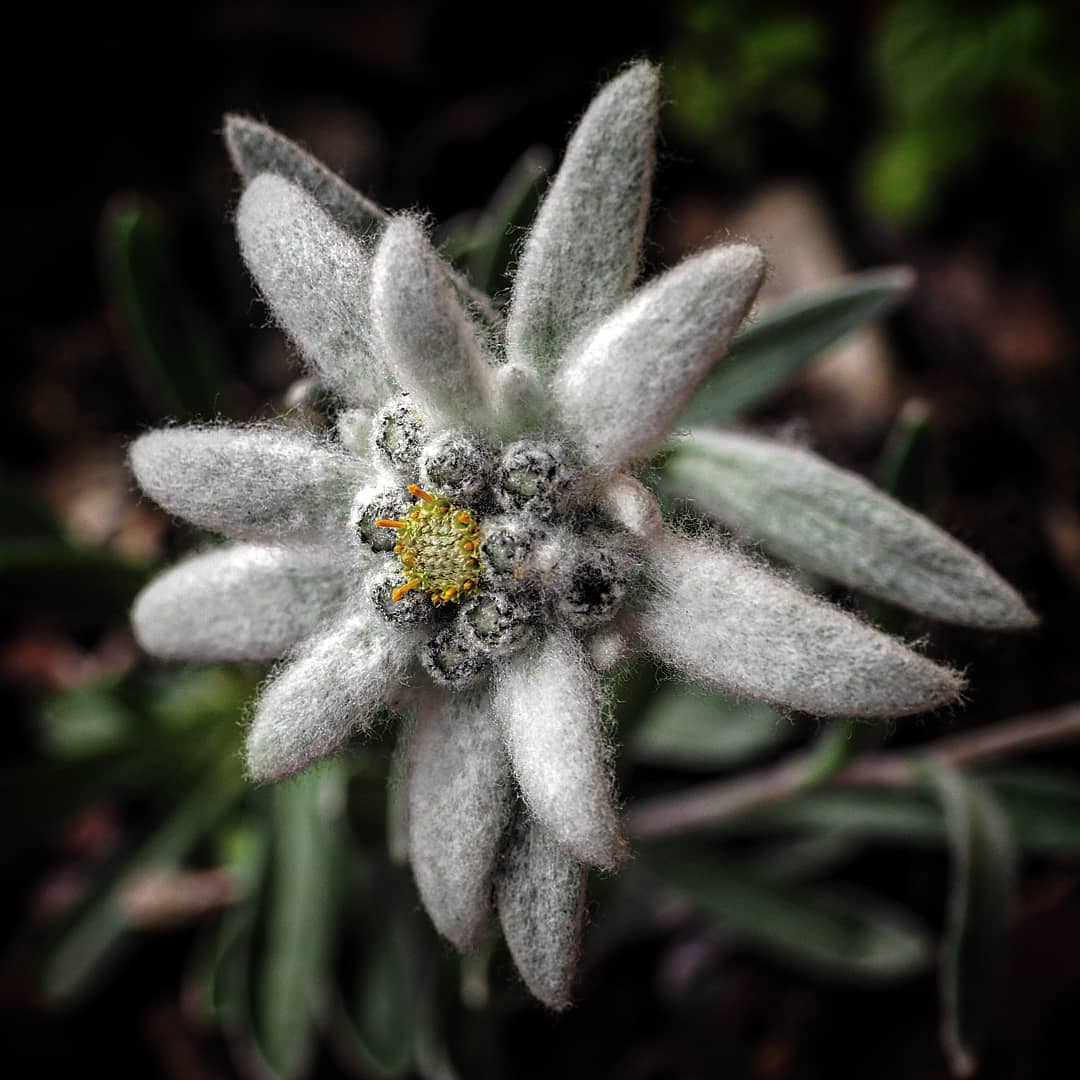 The flower of the mountain commonly known as Edelweiss is a small plant that blooms in the Alps. It became famous worldwide because of the musical called “The Sound of Music” where the theme song was named after this flower. But Edelweiss meaning is much deeper, and there are lots of interesting things about this flower. Let’s take a deeper look at the history, symbolism, and other facts about it.

Although Edelweiss belongs to the Asteraceae family, technically it is not a flower. It consists of 50 to 500 small flowers that form 2 to 12 flower heads. The head is surrounded by 15 white leaves that form a double star shape. Edelweiss is a short-lived plant that grows on the limestone rocks and the Alpine meadows of the Alps. But there is also a cultivated species named Leontopodium nivale, that can grow in gardens.

One of the most important features of Edelweiss is its ability to withstand the extreme temperatures of the Alps. It grows in rocky places at about 5,900–9,800 ft altitude. So in order to survive in such conditions, edelweiss has a layer of tiny white hair, that protects it from frost and ultraviolet radiation. It also gives white color to the leaves.

The stalks of Edelweiss can grow up to 8 inches in the wild, and up to 16 inches in cultivation. It has a color of white velvety and green yellowish. Edelweiss start to bloom in July and ends in September. Due to its beauty and various human needs, edelweiss has been disappearing from many areas. Today, we can found it in fewer quantities than a decade ago. Because of this, picking the flower is totally prohibited by law in many countries.

The scientific name of Edelweiss is Leontopodium alpinum which comes from a Greek word that represents a “lion’s paw”. But there are many other names of it. In the 16th century, a Swiss physician Conrad Gessner gave the flower its first official name – Wollblume (“wool flower”). Of course, Conrad named the flower due to its woolly appearance.

Since the Alps stretches across eight countries, almost every one of them has their own name of the flower. Romanians call it “Cliffhanger’s flower”, while the French and Italians have the same name for it – “Alpine star”.

But the flower’s most common name ‘Edelweiss’ derives from a German word “Edelweiß“. It’s a combination of two other German words: Edel (noble) and weiß (white). In 1785, an Austrian naturalist Karl von Moll named the flower Edelweiss in one of his studies. But this name’s popularity only began in the mid-19th century. Until today, most of these names are still used by many botanists.

At the end of the 19th century, the edelweiss became a symbol inaccessibility. Most of the modern researchers say that it’s not that hard to get it. But in those times, it was a time of the early alpinism, and young brave men wanted to prove their courage by climbing to the mountains and bringing back the flower. For this reason, one of the main edelweiss meaning is courage. It also represents the honor and nobility.

There are many legends about a brave man who risked his life to prove his love by bringing back edelweiss flower to a woman he loved. But all of those legends have a tragical ending. The man never returns, and the woman goes into the mountains to look for him, but eventually dies herself. And because of such legends, another edelweiss meaning is true and eternal love. To give edelweiss to your beloved one is to express your dedication. In the olden days, people believed that this flower also has magical powers. They used it as incense and believed that its smoke would drive the evil spirits away from their farms.

Edelweiss is also a symbol of the rugged beauty of the Alps. We can also find this flower in many military ranks, emblems, coat of arms, coins, and post stamps. For example, in 1907, the Austro-Hungarian army made the Edelweiss flower the symbol of its alpine divisions. And you may have guessed it – edelweiss is the national flower of Austria. During the 3rd Reich, edelweiss meaning was appropriated by the Nazi party in Germany and Austria. It was even the favorite flower of Hitler.

The myth about edelweiss’ inaccessibility

The beauty and strength of the edelweiss flower gave birth to many legends and mysteries. One of the most famous stories about this flower is of a young man who lived near the Alps. He was in love with a woman called Edelweiss. When he finally met her, he told her about his feelings. Edelweiss was surprised, but she told that his words should be accompanied by his feats. She challenged him to go and find a flower or else he won’t get her love.

Although the man felt terrified, his love was so strong that he decided to risk his life and bring the flower to her. He wanted to show her his bravery and love. Unfortunately, he has never returned. Edelweiss was crying every night while looking towards the mountains where the young man had gone.

One night, Edelweiss went out in the darkness completely naked to look for the man. She was shouting his name until she was exhausted and died in the snow. Since that time, the flower was named Edelweiss as a symbol of true and eternal love.

Healing properties of the edelweiss flower

Edelweiss is used in the folk medicine of its native areas. People used the extracts of some parts of it to treat several human and cattle diseases. These included abdominal disorders, heart diseases, tonsilitis, bronchitis, dysentery, fever, rheumatic pain, and various cancer forms. There are two ways that people used edelweiss. One of them was to boil it in wine, mixed it with milk and drink the mixture. The other is to boil the parts of edelweiss in water and apply the extract as a compress.

Due to the plant’s anti-UV properties, nowadays the cosmetic industry is using edelweiss for sunscreen products. Scientists have found that edelweiss contains a lot of great compounds that are beneficial to human skin. Some of them are chlorogenic acid, beta-sitosterol, and others. These and other components are powerful antioxidants or have calming properties.