The origins, meaning, and interesting facts about gladiolus flower 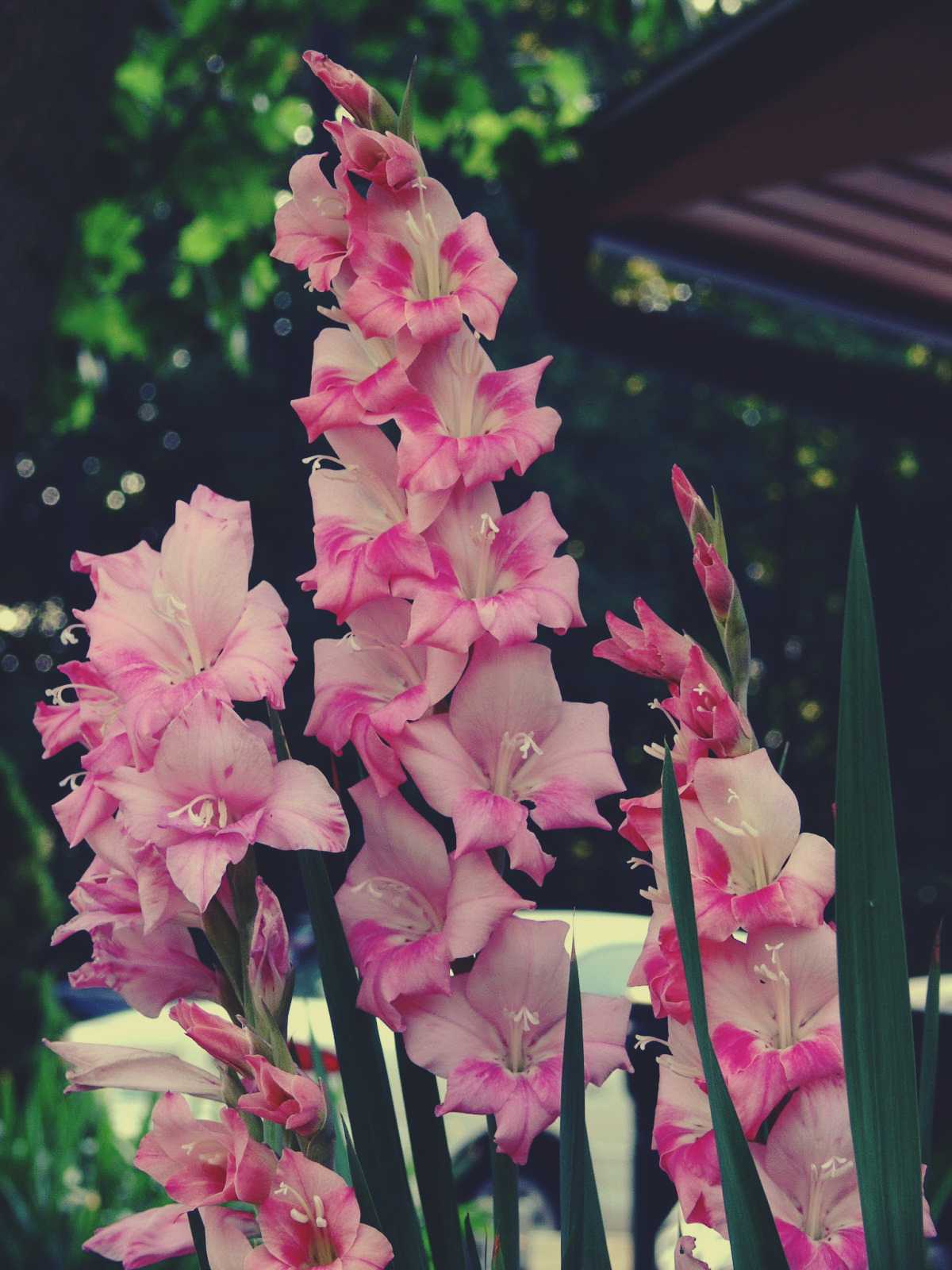 Gladiolus is a genus of flowering plants that belong to Iridaceae family. There are almost 300 species with most of them occurring in southern Africa. The stunning gladiolus flowers come in a wide range of beautiful colors. It’s often used in bouquets as a cut flower, and we can also find it growing in many gardens. Let’s take a deeper look into gladiolus meaning and origins.

The origins of this flower are quite interesting. Most of the old species came from Africa and Asia. Between 1739 and 1745, the Dutch and English trade ships were getting back from India. They stopped for food and water at the place which we now know as Cape Town. They also took some of the gladiolus species with them and brought them to Europe.

A British botanist William Herbert was the first one who started to hybridize gladiolus flowers. Although he produced many new species, he did not manage to cultivate them and none of the flowers survived.

Later, the popularity of wild gladiolus flowers was growing and botanists began traveling to South Africa for more species. In 1823 another British botanist named James Colville managed to crossbreed some species and introduced them to the local market. Although gladiolus flowers grew well in England, florists soon found that they need to be planted in fall for spring bloom.

Other three gladiolus species came to Europe between 1825 and 1830. These gladiolas were different from the before brought species because they bloomed in summer of the northern hemisphere. Later, the botanists also find out that gladiolas were capable of storing corms during winter until spring.

The origins of most of today’s gladiolas species trace back to Southern Africa. After gladiolas were brought to Europe, botanists developed a lot of new species, especially during the 20th century.

Gladiolus also has an interesting name origin. It is both scientific and common name of this flower. Gladiolus is a diminutive of Latin word gladius, meaning sword in English. The logic behind this name is pretty obvious – gladiolus shape is like a short sword. Some time ago, gladiolus had another name – xiphium, which derived from the Greek word xiphios, also meaning a sword in English.

There’s a legend, that in Ancient Rome, gladiators who won the fights got gladiolas as a symbol of their strong character, honor, and victory. But we didn’t find any source that could prove this legend.

Although the official name of this flower is gladiolus, many countries chose to translate the name and refer to it as a sword. Another less popular names of gladiolus are ‘sword Lilly’ or ‘corn Lilly’.

Gladiolus is the August birth month flower, so it is a perfect birthday present. And you don’t need to add anything else to that present. Gladiolus flower carries a lot of beautiful meanings. Let’s take a look at them.

Because of their association with gladiators, the main gladiolus meaning is the strength of character. In some countries, gladiolas signify freedom. During the last years of the soviet union, the three Baltic states: Lithuania, Latvia, and Estonia arranged a political demonstration during which 2 million people formed a human chain. On that day, the planes were flying above and were throwing gladiolas on the road as a symbol of peaceful resistance and freedom.

Gladiolus was considered the flower of ancient Roman gladiators and represented a strong character, honor, and victory. Another gladiolus meaning symbolizes the desire to never give up. Also, it signifies one’s moral integrity, loyalty, and sincerity. In some countries, gladiolus is a popular flower to give for a child on the first day of school. Another, less common gladiolus meaning is remembrance. It is a popular flower to give on the occasion of the 40th wedding anniversary. Meanwhile, in China, gladiolus is a common funeral flower.

Gladiolus meaning also varies according to the color. Orange gladiolus expresses sensual love. Pink gladiolus is a symbol of luck. Red gladiolus symbolizes lust, while yellow gladiolus meaning is ‘an invitation of love’. Gladiolus also represent admiration. If you give gladiolus to a person you’re in love with, you are sending a message with the title “you’ve pierced my heart”. This symbolism also comes from the flower’s form shaped like a sword.

Only seven gladiolus species exist in South Africa. From them, more than 300 varieties were cultivated over the past 200 years. Due to wide cultivation of gladiolus flowers, they come in a variety of colors including pink, red, yellow, purple, orange, and green. In perfect conditions, they can grow up to six feet. Gladioli are perennials and bloom in summer. If you want to have gladiolus in your garden, you should plant their corms in the spring after the frost. The best conditions for these flowers are lots of suns and well-drained soil (you should give them about an inch of water per week).

Due to the wide variety of gladiolus flowers, there are many choices not only of color, but in sizes, heights, and patterns as well. So, every gardener will find his or her choice of perfect gladiola.

In southern Africa, people use gladiolus dalenii for treating various diseases including diarrhea, meningitis, malaria, ulcers, colds, and even HIV related infections. Many African herbalists use it as one of their main components. Some of them consider gladiolus a magical plant since they also use it for the treatment of diseases such as dysentery, and constipation. In some parts of Africa, gladiolus is used as a booster for patients with low energy.

African healers use a chopped or dried bulb boiled in water to make a drink that treats ulcers. They use dried powdered gladiolus bulb to treat meningitis. Also, they take a pinch of that powder in water and make a drink that treats malaria and diarrhea. A study that evaluated extracts of gladiolus corms showed that it has antifungal properties. But, some parts of gladiolus flower are poisonous. Moreover, certain species can cause irritation and allergic reactions.