Forget Me Not – a symbol of eternal love and remembrance 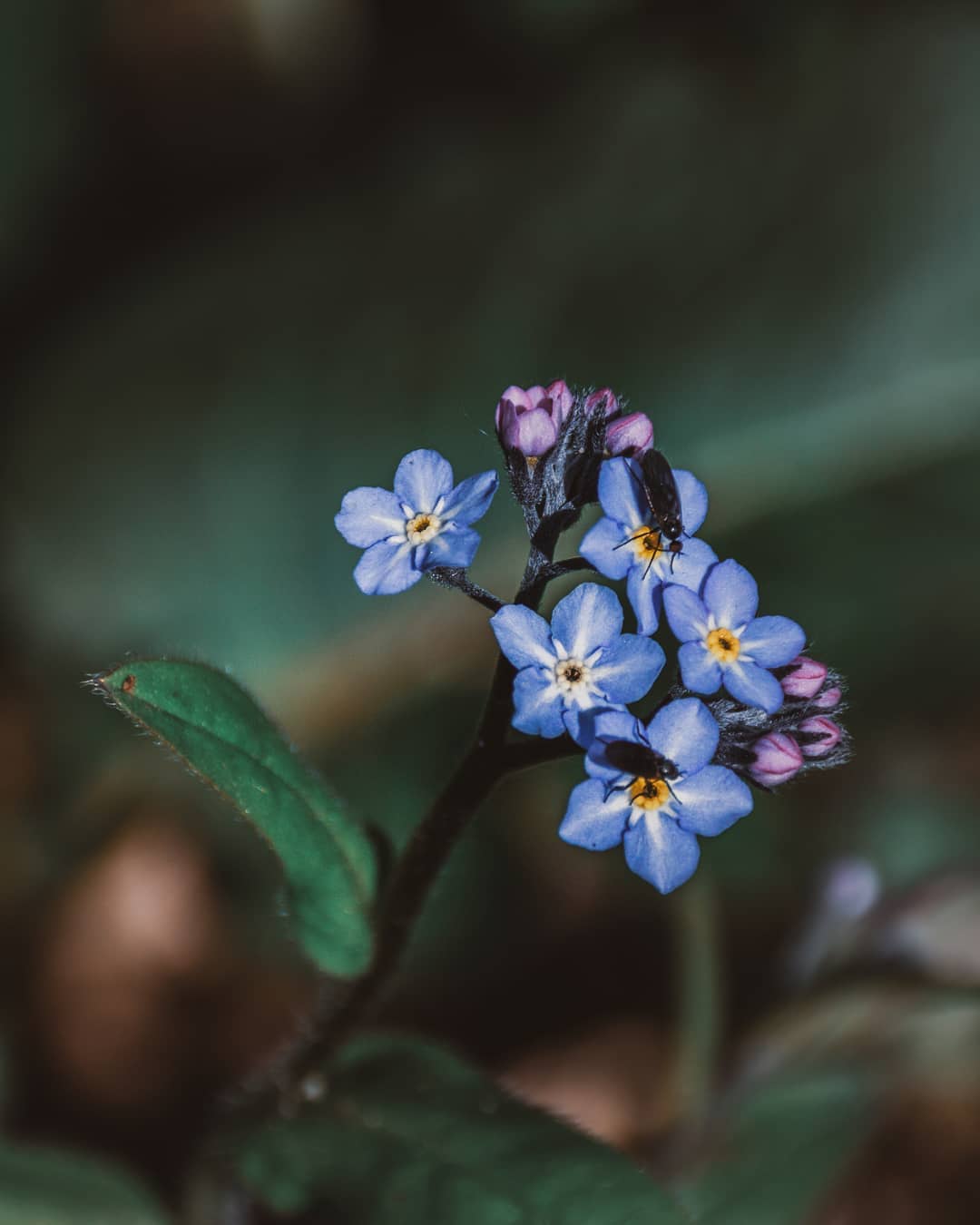 Forget-me-not is a genus of plants that belong to the Boraginaceae family. There are about 70 official species of this flower. Although the species are different from each other, most of them have small 0.5 in flowers in diameter. Each of the flowers has five blue petals that grow at the end of the stem. Forget-me-not is not only a beautiful ornamental flower used in gardens. It also has a rich and interesting history. Over the years, forget-me-not became a symbol of friendship and eternal love. But there is much more than that. Let’s take a look at the forget me not flower meaning, origins, and other interesting facts.

Forget me not name meaning

The scientific name of this flower is Myosotis (mouse’s ear) which is a compound of two Ancient Greek words mus (mouse) and otis (ears). This name refers to the plant’s foliage that looks like mouse ears. It’s also called Scorpion grasses. The plant’s more common name the forget-me-not is more popular in the northern hemisphere. There are lots of legends explaining the history behind this name.

One of the most popular myths about forget-me-not’s name is about how God was creating the earth. When he created all the flowers, he started to name each one of them. After God named all the flowers and was about to leave, one tiny little flower started to cry and said: “Forget me not, Lord!”. God looked back at the tiny plant and told: “This will be your name, so no one will ever forget you”.

Another version of the forget-me-not’s name is about love. A French knight and his lady were walking along a river. Knight saw a tiny blue flower and bent down to pick it up for his girl. Unfortunately, the knight lost his balance because of his heavy armor and fell into the current. He tossed the flower to his girl, shouted “forget me not!”, and drowned in the river.

Although the myth above is French, they don’t call the flower that way. French use its scientific name myosotis. But we can find forget-me-not name in many European countries: Vergissmeinnicht in German, Neužmirštuolė in Lithuanian, no-me-olvides in Spanish, Vergeet-mij-nietje in Dutch, Forglemmegei in Norwegian, etc. In 1398, Henry IV of England took the German Vergissmeinnicht and adapted it as his emblem.

Forget me not flower meaning

In general, forget me not flower meaning is remembrance and love. During the middle ages, lovers in Germany were wearing forget-me-nots as a reminder of their love for each other.

But forget me not flower meaning can also be negative. Until this day, it is a symbol of freemasons who suffered during WWII. Many Alzheimer societies have also adopted this flower as a symbol of memory loss. Forget me not flower is an emblem of the international missing children’s day. It’s also the symbol of the 1915 Armenian genocide remembrance.

According to the French legend, a young knight was trying to pick up the flower for his lady. But he fell into the river because of his heavy armor. Before sinking forever, he tossed the flower to his girl and shouted ‘forget me not!’. Since then, the flower symbolizes sincere, eternal, and desperate love. From another perspective, it also represents the memory of a deceased person.

Another forget me not flower meaning comes from a Christian legend. God was naming every flower he created, and when he was about to leave, one tiny flower started to cry and said: ‘forget me not, Lord!’. The lord then turned back and said: ‘this will be your name so that no one forgets it.’ From a Christian perspective, this legend shows us God’s mercy and compassion for every living organism.

Forget me not emblem meaning

Between the WWI and WWII, the forget me not emblem was a symbol of Masonic charitable organizations in Germany. The flower had a very clear message: ‘Do not forget the poor and the ill’. Masonic organizations first used this emblem in 1926.

After Hitler got the power, it became clear that Masons are in danger. Masons then changed their traditional square and compass symbol to a little forget-me-not in order to avoid Nazi attention.

Nazis wanted to confiscate all Masonic properties, so the Masons decided to go undercover. They adopted the little emblem as a secret symbol of Freemasonry. The tiny blue forget-me-not embodied the survival of Masons throughout the 3rd Reich. It helped Masons to identify themselves in the streets without Nazis knowing about it.

It is a plant that belongs to the Boraginaceae family. One of the things that help to distinguish this flower is it’s hairy, lanceolate, and basal leaves. Each flower has five petals and the center looks like a bright yellow pentagram. The flowers are small and grow in groups because the wind disperses their tiny seeds in large territories. Depending on the species, may vary in color. But the most common color of forget me not is blue, pink or white. Forget me not flower blooms both in summer and spring.

More than 60 species of this plant appear in Eurasia. It also grows in New Zealand, The Americas, and Papua New Guinea. Researchers have found that the origins of forget me not genus are in the Northern Hemisphere. On the side to forget me not’s symbolical meanings, it is also a very popular plant in gardens. We can also often find them in flower bouquets, and other decorative objects.

If you’ve decided to grow this flower, there’s a couple of things you should know. First, it needs a good amount of sunlight. The best place to grow them is in partial shade. You will also need a soil with good humidity and drainage. The earth around forget-me-nots must never be dry.

Although there is some evidence that the flower has some medicinal properties, it is considered an unsafe plant. It contains toxic alkaloids that can cause liver damage and cancer. There is a lack of research and evidence of forget-me-not’s medicinal uses.

Despite the fact that the toxins can cause serious problems, people still use it as a herbal medicine material. The most common usage of forget-me-not is its tea. The tea is made of a Chinese forget-me-not (Cynoglossum amabile). The herbal medicine enthusiasts claim that these flowers contain Vitamin C and have many health benefits such as soothing the nerves, reducing high blood pressure and others.

It is also known to be used for lung problems and nose bleeds. But as there is no scientific evidence in forget-me-not medicinal properties, we don’t recommend it to use it for anything related to your health.