Peonies – flowers with a rich history. What do they symbolize? 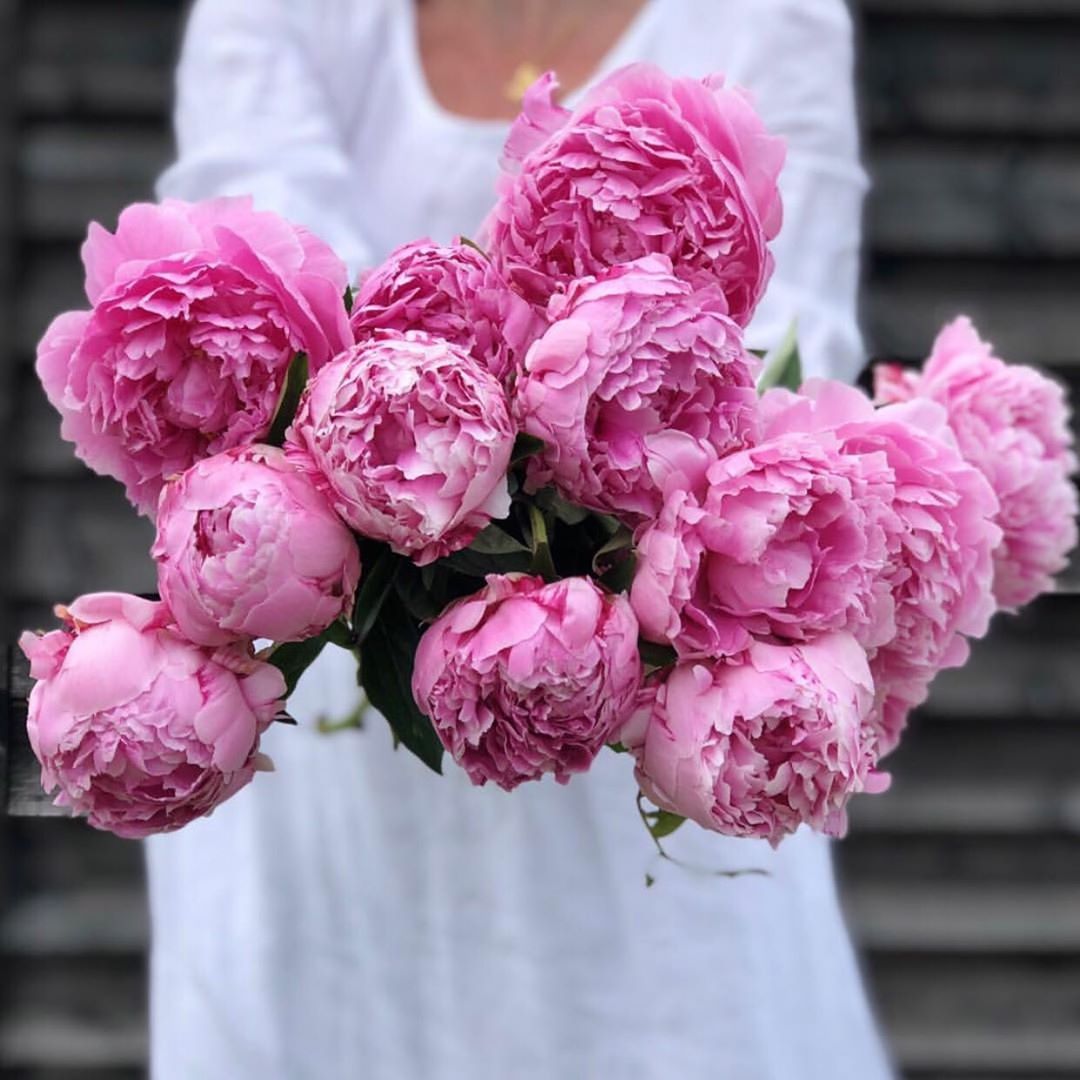 Peony flower may symbolize different thing depending on the cultural context, place or time. It is a beautiful flower that has been a part of both Eastern and Western culture for hundreds of years. If you want to give a peony as a gift to someone, you’ve reached the right place. We will be talking about peony flower meaning, origins, and other interesting things.

Almost every botanist or a flower enthusiast is eagerly waiting May and June. Because these are the months when peonies bloom. But it depends on the temperature and you never know when they will begin to bloom exactly. Let’s take a closer look at this beautiful and interesting plant.

Before we dig into the meanings, let’s take a look at the main characteristics of these flowers. Peony is an evergreen shrub which was first mentioned in around 551-479 BC by Confucius. It is the longest-used flowers in Eastern culture.

Peony is a small shrub that blooms with bright fluffy flowers. The period of blooming is very short, lasting only about 7-10 days. Most of its species grow up to 3 ft high, but there are some woody shrubs that can reach up to 11 ft. Peonies belong to the Paeoniaceae family and the number of known species is 33. The flowers come in purple, pink, red, white and yellow colors.

Although the blooming of peonies only lasts for 5-10 days, it is easy to fall in love with these flowers. And that’s why peonies are one of the most popular garden plants in temperate zones. Peonies are also very popular cut flowers used in bouquets or sold separately.

Peony is native to Asia, North America, and Southern Europe. But they were cultivated in China for more than 2,000 years ago. According to Wikipedia, the tree Peony was brought to Europe in 1789. Since then it became one of the most popular garden plants in France, England, and other European countries.

The name of this flower comes from Ancient Greek mythology. According to the myth, peony flower is named after a Paeon, a healing deity and a student of Asclepius. The legend says that Paeon was a very talented and bright apprentice. Eventually, he showed a greater knowledge about medicine than Asclepius himself. Shortly after that, Asclepius became jealous and tried to kill Paeon. But Zeus stopped him and saved Paeon by turning him into the peony flower.

In China, peony is a traditional flower symbol and is called 牡丹 (mǔdān) which means “the most beautiful”. But there are at least two other Chinese names for this flower. One of them is 富貴花 (fùguìhuā) which means “flower of riches and honor”. Another popular Chinese peony name is 花王 (huawang) “king of the flowers”. We can find peonies used as a symbol in traditional Chinese art and various religious holidays.

Although it differs in each culture, in general, peony symbolizes prosperity, happy life, good luck, love, and rebirth of relationships.  One of the main peony flower meaning is wealth. For a very long time, peonies were exclusively flowers of Chinese emperors. They used to decorate their balconies and royal gardens. Over the years, it became a symbol of prosperity, good luck, and wealth.

Peonies also symbolize honor. They are often given to people who achieved some kind of success in their lives. For example, graduating a high-school, getting a degree, getting married, etc. Red peony is also a symbol of love. Flowers can tell much more than words, so giving a red peony to someone is an expression of your love.

In Kosovo, red peonies represent the blood of thousands of warriors who died in the Battle of Kosovo in June 1389. So, in some cases, it is also a symbol of remembrance.

In the Language of Flowers, peony has a meaning of Shame. This image comes from the myth that wicked nymphs hide in the petals of a peony. For thousands of years, peonies were a very popular object in art. From paintings to ceramics, and tattoos, peonies have inspired and are still inspiring lots of great artists.

During the Tang dynasty in China, peonies were very popular in the imperial gardens and had special protection. They were super expensive and exclusive. Even until today in China it is a symbol of luck, prosperity, and fortune. We could even say that peonies in China are the same as roses in western culture. Peony is a very common symbol in traditional Chinese art and literature.

Peonies are also a very important symbol in Feng Shui. It is used as a decorative element when a person is suffering from sorrow of love. Feng Shui specialists recommend using peonies after a breakup or a romantic disappointment. They say that the pastel tones of peonies petals soothe the spirit and calms our soul. Moreover, according to Feng Shui, darker tones attract energies that can help achieve success in learning, job or romantic life. Therefore, another peony flower meaning is good luck and rebirth of relationships.

Pink peonies are the most popular ones used in wedding floral bouquets. They symbolize the beauty of the marriage. Another pink peony flower meaning is love at first sight. Giving pink peonies as a gift is clearly a sign of your love.

In China, the red color is a symbol of royalty. It is the color that only the emperors and their families could use. So, a red peony embodies wealth, prosperity, honor, and respect. These meanings are especially popular in Eastern cultures. Although in the Western world, red is always a symbol of love and passion, but red peonies signify unattainable or striking beauty.

Violet and purple peonies are closely related to the myth of Paeon. The purple color symbolizes the envy of Asclepius, the mercy of Zeus, and the disgrace of Paeon. And depending on this interpretation, a purple peony may be a kind of insult. But, if we would take a closer look, we would see that Paeon did nothing wrong. So, a purple peony could also symbolize the encouragement.