Hyacinth – the flower of grief and mourning? 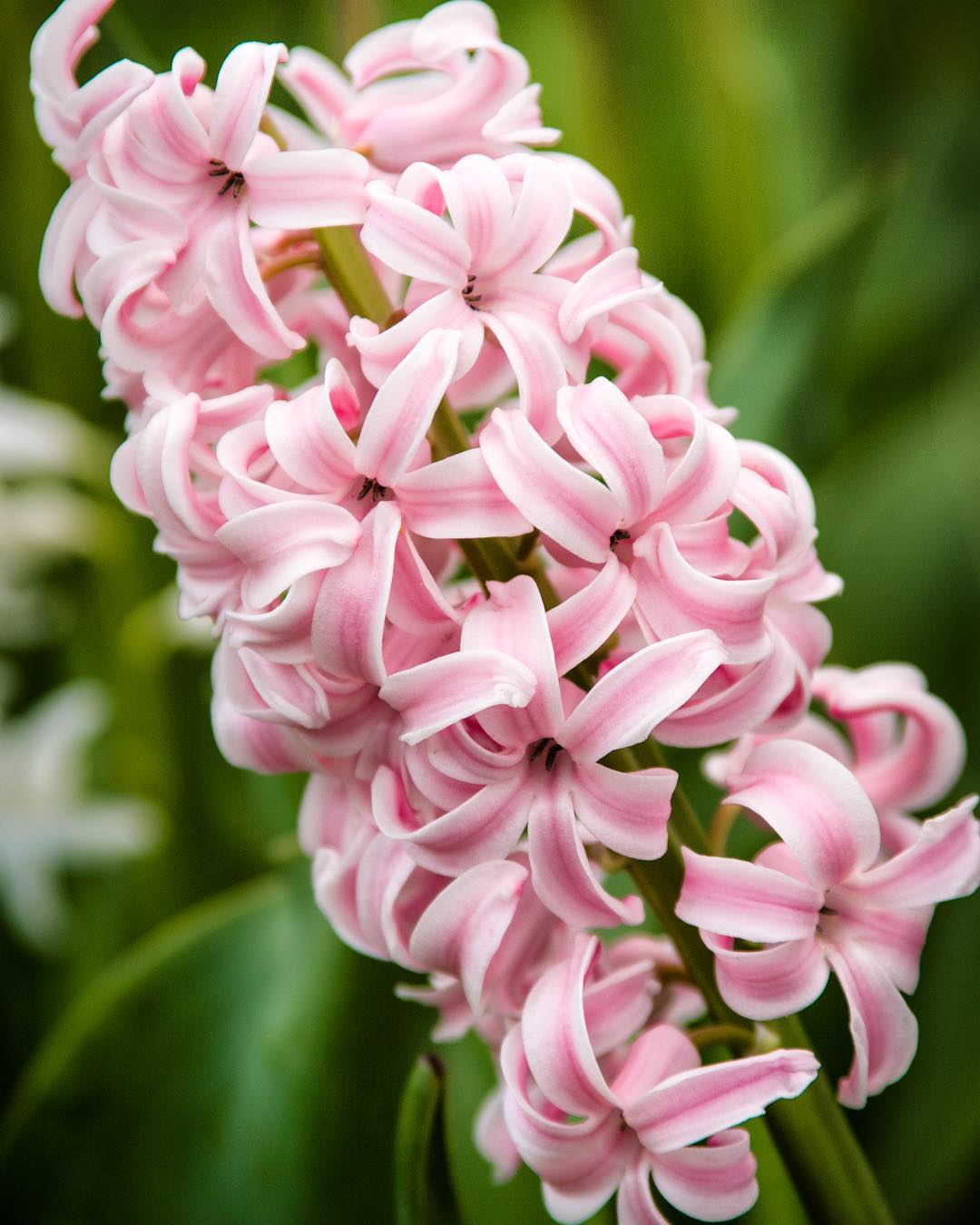 Hyacinth is one of the most popular plants in the gardens. And this is because of its beautiful colored flowers and incredible aroma. Hyacinth is a bulbous plant that belongs to the Asparagaceae family. It is a perfect flower for gardens, balconies, and an ideal decor element in interiors. In this article, we are going to take a closer look at the Hyacinth meaning and its origins. We will also be looking at other interesting facts about this beautiful flower. So, stay with us for a while and let’s get started.

Origins of the Hyacinth flower

This plant is native to the eastern Mediterranean region. This region includes Turkey, Syria, Iraq, Lebanon, and other countries. In the 16th century, hyacinth flowers became very popular and were imported in many European countries. Since then, it became one of the most popular plants in European gardens.

We find the first known mention of Hyacinth in Homer’s Iliad which dates back to 10-8 AD. It was one of the flowers that formed the couch of Hera. During the middle ages, hyacinths were extensively cultivated in Arab gardens. In the 16th century, the cultivation of Hyacinth became serious in Europe as well. Holland was the biggest cultivator of hyacinth bulbs.

Hyacinths also gain huge popularity in 18th century France. Fashion was one of the main reasons why the flower attracted so much attention. It is recorded that Madame de Pompadour had around 200 hyacinths growing in winter gardens. Ladies of the palace used to decorate their clothes with the hyacinths and tulips.

The name of hyacinth is derived from a Greek name Hyákinthos that is mentioned on Homer’s Iliad. According to the legend, the Apollo and Zephyrus fell in love with Hyákinthos and they both competed for the young man’s attention.

One day, Apollo was teaching Hyákinthos to throw a disc. When Zephyrus saw them together, he became so jealous that he directed the disc thrown by Apollo to Hyákinthos’ head. The young man died instantly. Shortly after, blood began to sprout from his head and later a flower bloomed. To honor his lost love, Apollo named this flower after Hyákinthos. According to the same legend, Hyákinthos died crying: “Oh, oh” – until this day we can read those words on the wild hyacinth leaves.

If we would look at the Greek legend above, we could say that the hyacinth meaning is grief and mourning. The story in any way doesn’t sound very optimistic. However, in the language of flowers, we can find other hyacinth meanings as well:

Looking from a broader perspective, we could say that most of the hyacinth meanings are related to positive things. It is a flower associated with beauty and joy. We could also say that hyacinth expresses the values of athletes. It represents constancy and vigor. Looking from this perspective, hyacinth is a symbol of a human effort to achieve his/her dreams.

Hyacinth is one of those flowers that you can easily distinguish with a naked eye. Since it is a bulbous plant, it grows up to 12 in high. Hyacinth has no more than six and not less than four leaves on its stems. As for the color of the flowers, they are very intense and vivid. Hyacinth comes in yellow, white, pink, and violet colors. Hyacinth blooms in March.

Hyacinth has many medicinal properties. They are especially effective in improving the health of our skin and hair. The leaf extracts of hyacinth mixed with turmeric help to treat eczema. Many skincare products contain hyacinth as it has antimicrobial, antifungal, and antibacterial properties. And because of such properties, we can also find hyacinth in many hair care products such as shampoos and conditioners.

Some species of hyacinths were used for their diuretic and stimulant properties. But the main usage of hyacinth is its oil. The oil of these flowers is used in perfumery where 2.2 lbs of the oil are obtained from approximately 13,227 lbs of flowers.

Hyacinth flowers are one of the most aromatic decorative flowers you can easily grow in your home. You can grow them in flowerbeds on your windows or balcony, in your garden, hallway, etc. And it doesn’t matter where you will grow them as hyacinth brings a strong aroma and an atmosphere of joy and energy.

When to plant and how to take care

To bloom in spring, hyacinth bulbs must be planted in fall. After the flower and its leaves die, you’ll have to remove the bulbs from the soil, then wash them and store them in a dry place. You will reuse the same bulbs in the following year. The early varieties of hyacinth should be planted at the beginning of September, and the late varieties at the end of October. Before buying a hyacinth bulb mix, make sure you are getting a variety fitted to your region because planting times in the Northern and Southern hemispheres are different.

You shouldn’t reuse the same bulb for more than two years. Otherwise, the plant will be weak and lose its beauty. Also, you shouldn’t plant them in the same place, because hyacinth depletes the soil around itself. Wherever you plant them, you must protect hyacinths from drafts. To retain better moisture, the soil should be a combination of peat and sand.

When hyacinth leaves open, we can observe how a cluster of flowers emerges from the center. The maximum beauty of this process will be in March. The flowers will preserve for two weeks, three at most. If the temperature is high, the flowers wilt, so they will last even less if you’re growing them outdoors.