Hydrangea meaning. What does this flower symbolize? 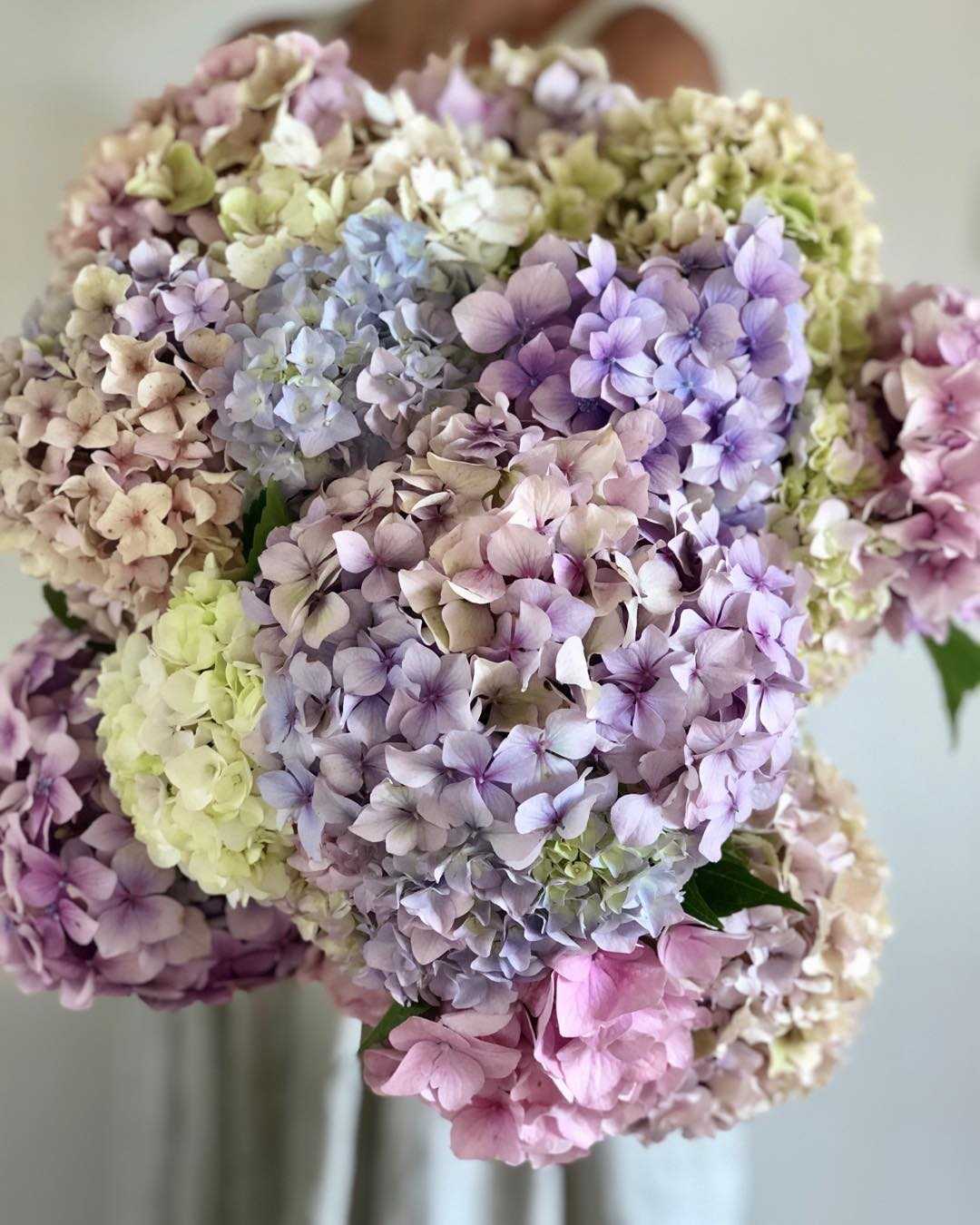 Hydrangea is a beautiful flower native to Asia and the Americas. They come in varied colors and there are about 70-75 species. Hydrangeas can grow in the form of small bushes or as a climbing plant. The oldest fossil of hydrangea found in Alaska dates back to 40-65 million years. This flower has been on earth way before the humans arrived. Let’s take a closer look at this beautiful flower that looks like a colony of butterflies. In this article, we’ll find out the hydrangea meaning, its origins, and other interesting facts.

Hydrangea is one of the most desired shrubs in the U.S. Loved for their nostalgic look and beauty, they fit perfectly in a garden or as a decoration at the home. So, there are plenty of reasons to know more about this beautiful flower and plant it in your garden.

Hydrangea is a genus that consists of about 70-75 species. And there are also over 600 cultivars. Hydrangea belongs to the Saxifragaceae family and is native to eastern Asia. Hydrangeas are the most diverse of the species in China and Japan. Besides Asia, we can also find them in North and South America. Only five species today are widely cultivated in the U.S.

Most of the hydrangea species are shrubs that can grow up to 10 ft. But some species grow as small trees or lianas that can reach up to 98 ft. The bloom of hydrangea is actually not a flower, but an inflorescence (a group of flowers on a stem). Hydrangeas are produced from early spring to late autumn. Wild hydrangeas have fewer showy flowers than the cultivated ones.

Hydrangeas grow well in fertile soil, they prefer morning sun and needs a lot of water. This flower doesn’t grow under trees or in complete shade. Huge hydrangea inflorescences often reach the ground, so you should plant them in groups or fence them. Since the hydrangeas are not resistant to frost, the whole plant can freeze.

As already mentioned, hydrangeas have been growing long before the arrival of humans. In China and Japan, hydrangeas have been cultivated thousands of years ago.  The first hydrangea was introduced to Europe in 1736 from Pensylvania by botanist Peter Collison. In 1739 a botanist Grovonius gave the flower its name “Hydrangea”. Later, in 1753 Carl Linnaeus mentioned hydrangea in one of his works.

In Belgium, France, and the Netherlands, hydrangea received another name. It was first introduced by a French naturalist Philibert Commerson who took hydrangeas from Chinese gardens to France in 1767. He gave the flower the name of “Hortensia”.

The name ‘hydrangea’ comes from Greek and it means ‘water vessel’. This name was given due to the shape of the flower’s seed capsules. Meanwhile, the Japanese call hydrangeas ‘Ajisai’ which means ‘the water drinker’. This name comes from the fact that hydrangeas require a lot of water.

The French version of hydrangea name ‘hortensia’ holds more mystery. In most of the sources, we can find that the name hortensia was given in honor of the daughter of Empress Joséphine Hortense de Beauharnais, Queen of the Netherlands. And Joséphine truly was cultivating hydrangeas in her garden.

But according to Catherine Delors, this connection to the queen is in doubt. We know that Philibert Commerson discovered hydrangeas in China. Later he introduced them to the king’s garden in 1767. He gave the flower the name of ‘Hortensia opuliodes‘, and it only reached France in years later. Also, queen Hortense was born in 1783. Hortensia simply means ‘garden plant’ in Latin.

Flowers light up our lives with their beauty and fragrance. But the power of the flower is much deeper than the outer beauty of a bloom. Humans are masters of symbolism, and through ages, it became natural that a flower serves its purpose as a symbol as well.

One of the most common hydrangea meaning is sincere and honest emotions of any type. Hydrangea is a symbol of gratitude. In the language of flowers, hydrangea means heartfelt emotions. So you can use cut flowers to show your gratitude for being understood by another person.

Hydrangea meaning by the color

Most of the hydrangea species are white, but we can also find some species that are blue, red, pink, light, and purple. The color depends on the presence of aluminum ions upon the soil pH. In fact, you can change the color of your hydrangeas by changing the soil pH. To raise it – add lime. To lower it – add aluminum sulfate.

White hydrangea meaning is the testimony of first love. It may also express the beginning of new love. As often in western symbolism, white color is a symbol of innocence and purity.

Pink hydrangea meaning is closely related to the classical flower meanings. Offering a pink hydrangea is a way of showing love for a person. A bouquet of pink hydrangeas can be an original way of expressing emotions that you would usually convey by roses.

Medicinal and other uses of hydrangea

Apart from being a very popular ornamental plant, hydrangea also has a lot of medicinal properties. For example, in North America, Cherokee Indians used the roots of hydrangea to treat kidney stones. Hydrangea helps to remove accumulated uric acid from the body, thus cleansing the kidneys. It also deters infection and strengthens the capillaries.

Hydrangea is also used to treat bronchitis, arthritis, backache, prostatitis, arteriosclerosis, and many other diseases and infections. It can also be used as a compress to treat wounds and burns.

In Japan, ama-cha is a popular cold drink made from the leaves of Hydrangea seratta. This tea is mostly used during the kan-butsu-e (the Buddha bathing ceremony). People pour ama-cha on the Buddha statue and drink it as well.

All parts of hydrangea contain cyanide and are toxic for people. Despite the dangers, there are reports that people smoke Hydrangea paniculata as an intoxicant.

You can also dry hydrangeas and use them throughout the winter season as a decoration. Check out how good it looks:

Cover image by Cake and Moss