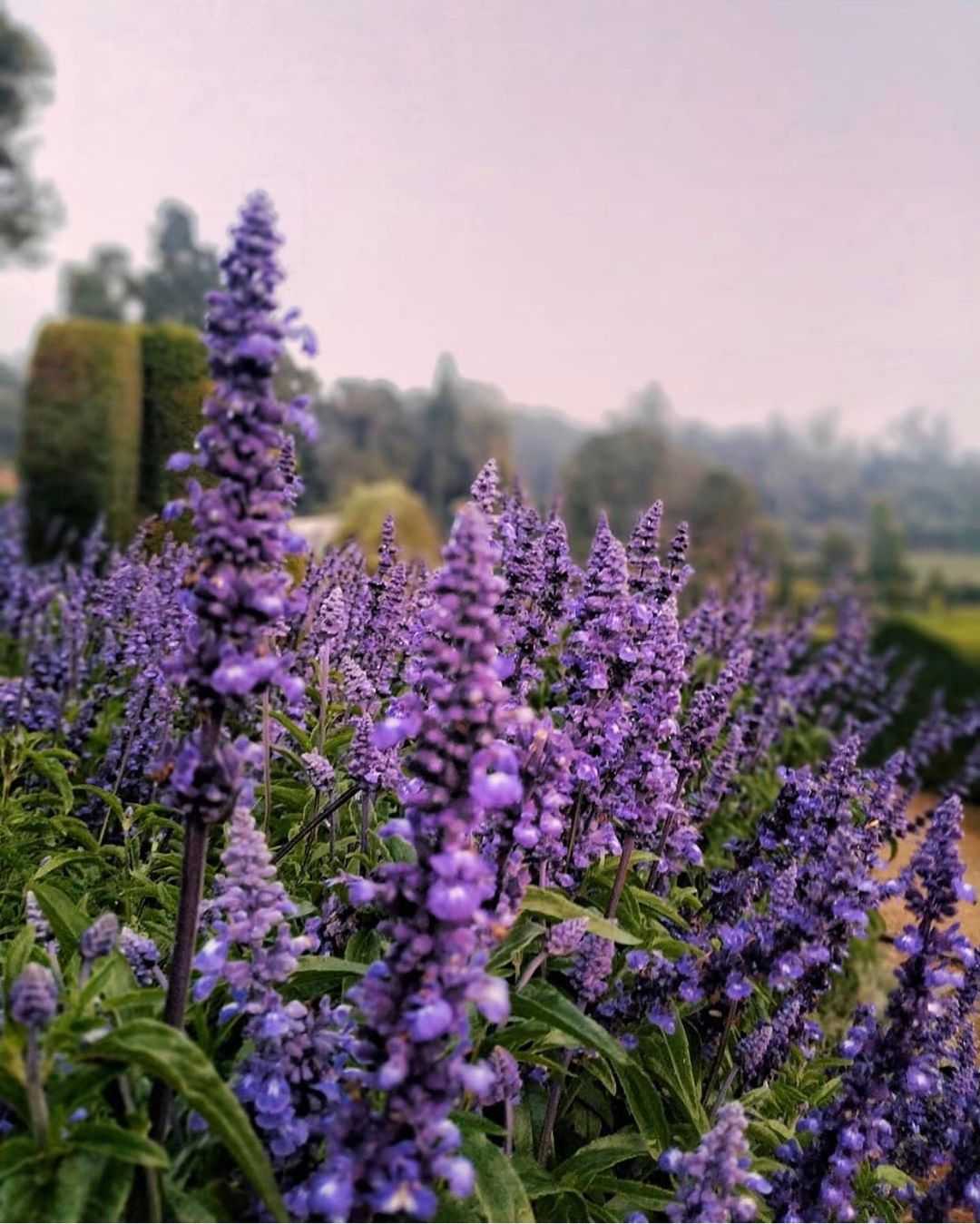 Lavender is a popular flower that is native to the Middle East and the Mediterranean. You probably know lavender for its aroma, culinary, and even medicinal properties. But flowers also hold symbolical meanings. In this article, we are going to take a deeper look at the lavender meaning, history, and other interesting facts.

Lavender is an aromatic flower that stands out for its long stem and violet leaves of the hairy surface. Lavender’s tiny flowers sprout around the leaves in different shades (depending on the species), but it’s almost always blue or violet.

Lavender belongs to the Lamiaceae family, better known as the Mint family. There are 47 species of lavender flowers. Although it’s native to the Middle East and India, we can find it in Europe, eastern Africa, and southwest Asia. Lavender can survive in many conditions, but they mostly prefer a warm climate. Once established, the flowers are very drought resistant, but you should never dry it out.

Lavender can grow up to five feet tall. It blooms from June to August, and it likes spots with access to full sun. It requires very well-drained soil and good airflow too. Lavender is a subshrub, so you should prune it regularly, but do not prune it in spring. Generally speaking, it is an easy to grow flower and requires little maintenance. Lavender and its oil have many medicinal uses which we will talk about later in this article.

The history of lavender flower

Lavender is also mentioned in the Bible by the name “spikenard.” In John 12:1-8, Mary anoints Jesus and wipes his feet with and “expensive ointment” and her hair.

During the Great Plague in London in the 17th century, plague doctors used to fill their masks with lavender to protect themselves from the disease.

Medieval Europe was crazy about this plant. Charles VI demanded all of his pillows to be filled with lavenders. Meanwhile, Queen Elizabeth required fresh lavenders every single day. Louis XIV loved baths scented with lavender oil. During the Victorian era, people grew lavender in gardens and the queens used lavender perfume.

It is believed that lavender was one of the first herbs that were brought to the Americas by the colonists. Some sources claim, that the Shakers were the first ones that started to cultivate lavender commercially.

Name of the lavender meaning

The English word lavender comes from the Latin verb lavare (‘to wash’ or ‘to bathe’). This comes from the fact that in Ancient Rome and Greece, people used to add lavender to baths and used it as an antiseptic and a perfume.

Meanwhile, its botanic name Lavandula was first used by Carl Linnaeus. Researchers believe that this name is derived from its former name.

Lavender is a magical plant, full of sweet aroma. During the ages, different cultures discovered it and used it for many purposes. If we would look at this flower from each culture’s perspective, we could draw different lavender meanings.

The ancient Egyptians use it as an embalming product, therefore it adopts the concept of eternity and beauty. Meanwhile, at the time of the Roman Empire, the flower receives the name of lavender which comes from a Latin verb lavare (to wash). From here, lavender gets another meaning which is femininity and refinement. During the Middle Ages, monks cultivated lavender flower and used it as a healing herb. Therefore, the lavender meaning is also associated with health. Last but not least, in the Victorian Era lavender becomes a fashionable perfume, so another meaning of lavender is luxury.

In the language of flowers, lavender symbolizes:

By giving lavenders to a person you care about, you tell that you consider this person as a pure and virtuous. One of the lavender meanings is peace, so by giving the flowers, you could also wish that person inner peace and silence.

Lavender is also known to be used in witchcraft. According to wicca.com, lavender has magical attributes that may help to improve sleep, release mental blocks, calm yourself in critical situations, and even attract men.

Another lavender meaning comes from its color. There is even a color named for the shade of the flowers of lavender. The purple-pink color of the lavender represents femininity, subtlety, grace, and elegance. Lavender has a sacred place in nature and its purple flowers are one of the most delicate and precious. Take every chance to use these flowers to enhance the feminine beauty.

Medicinal uses of the lavender

Since ancient Rome and Greece, people knew that lavender is a great antiseptic. They used to add it to baths and as a perfume. In Medieval Europe, people used it to heal wounds and treat various infections. Ancient Egyptians used it in the process of mummifying bodies.

Throughout the ages, people used lavender to boost appetite and mood. It is also used for anxiety, stress, insomnia, and depression. But there is almost no scientific evidence to confirm the effectiveness of lavender’s medicinal properties.

Lavender oil is widely used in various perfumes and soaps. We can find it in household cleaning products, deodorants, candles as well as food products. Lavender oil has antiseptic and antibiotic properties that can kill bacteria. It can also soothe the bee stings, burns, and headaches. One of the most popular ways to ward off moths hiding in clothes is to place lavender inside the clothes.

Harvest of lavender begins in September. The plant is cut in the morning as soon as the dew evaporates. This has to be done before the heat sets in. Florists use cut lavender stems for fresh bouquets.