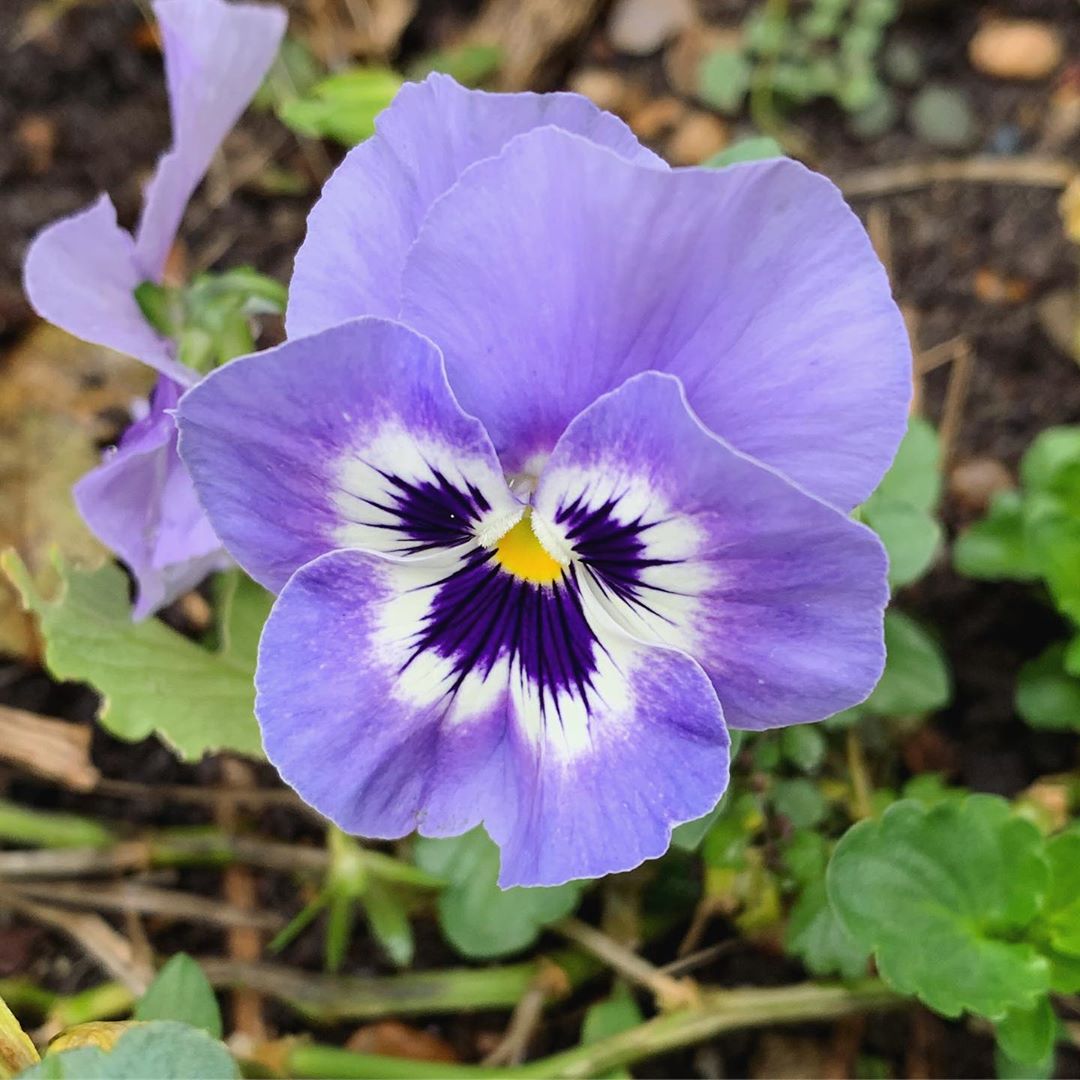 Pansy is one of those flowers that we all have seen many times but don’t know much about it. You may recognize it by the fact that it looks like a small human face. Due to its special characteristics, it is a very popular plant used in gardens. Pansies are biennial plants that belong to the family of the Violaceae. Their beautiful and vivid colors made them very popular flowers to grow in pots, gardens, in balconies and other places. Growing a pansy will be a lot of fun and in the end, you will have at least two years of a company with these beautiful flowers. Let’s take a closer look at the pansy meaning, origins, and other interesting facts.

Since the 19th century, many botanists in Northern Europe have been crossing wild pansies with various kinds of violets such as the Viola Lutea and others. The florists wanted to create a species that would have a more attractive floral pattern. And after numerous of hybridizations, they finally came up with the pansy flower. By 1835, there were about 400 varieties of this flower. Each one of them had different and beautiful colors and patterns.

The popularity of pansies increased especially during the Victorian era. Due to the low cost of steel, Victorians built a large number of greenhouses. Therefore, several varieties of pansy flowers emerged during that time. And they are still popular all around the world.

The name of pansy comes from the French word pensée (thought). So since ancient times, this flower was a symbol of remembrance. In August, when pansy begins to decay and wilt, it leans towards the front and resembles a small person who is deeply contemplating his/her life. This may be another explanation of why pansies got the name of ‘thought’.

Another pansy meaning is linked to their beautiful and vivid colors and symbolizes nostalgia. When we miss someone very much or we lose a beloved person, pansies express our sadness. Pansy is a symbol of two faithful lovers who are separated either by distance or another reason. So, in the language of flowers, the pansy meaning is a forbidden love.

We can find one of the main mentions of the pansy flower in Shakespeare’s Hamlet. He describes wild pansies and shows us that the flower had a strong symbolical meaning in 16th century England. In Hamlet, Ophelia distributes the flowers and adds a remark to pansies “these are pansies, and they are for thoughts”. Shakespeare also mentions pansy in “Midsummer Night’s Dream”. Juice of the heartsease is a love potion that makes a woman or a man fall in love with the next creature that it sees. The name ‘heartsease’ comes from St.Euphrasia which in Greek symbolizes cheerfulness of mind.

Pansy is also called the “three faces under a hood” due to its similarity to a human face. In Italian, pansy means “flame flower”. Other names include “jump up and kiss me”, “viola”, and others.

The variety of pansy colors is almost infinite. That’s why there can be many meanings associated with the pansies. Although generally, the pansy is a symbol of remembrance and nostalgic love, there are other meanings depending on the color. Let’s take a look at some of the most common pansy flower colors and their meanings.

In modern times, pansies were developed in a variety of colors. We can now find yellow, orange, purple, gold, red, violet, dark purple, and white pansies. These flowers like sunny or partially sunny areas and well-drained soil. Pansy is a perennial plant, but if you do everything correctly, you will be able to enjoy them for two years. In the first year, it will produce greenery. Pansy will bear its flowers in the second year and after that, it will die.

Pansies belong to the Violaceae family and is a hybrid plant. The typical height of the plant is between 10 and 20 centimeters, but there are varieties that exceed 30 centimeters. Pansy blooms in summer, but it is possible to achieve their blooming in winter as well. We can find them grow both in public and private gardens. You can also grow them indoors and outdoors in a pot, flower bed or in garden soil.

If you decided to sow pansies, you should know that the soil always has to be moist. It doesn’t need to be soaking wet or it will die. Also, you should bear in mind that the soil in which pansies will grow has to be very rich in nutrients. So, you should apply organic fertilizers to achieve the most beautiful results.

There are a few simple tricks to extend the life of pansies. First of all, you shouldn’t transplant it immediately. After you have bought a pansy flower, leave them in the same pot for 10 days. During that period, you should water the flowers daily. Afterward, you can proceed with transplantation to the place you want your pansies to grow. This simple trick helps to stagger the changes in temperature and environment, and it also helps for pansies to adapt to these changes.

Pansies have anti-allergenic properties that help to treat colds, flu, as well as to soothe coughs and sore throats. Pansy tea is used to treat fevers, asthma, and bronchitis. Pansies contain vitamins and elements such as cyclotides, carotenoids, salicylic acid, vitamin C, tannin, and others. Due to pansies diuretic and antiseptic properties, it is a common remedy to treat urinary infections.

It is also believed to help lower blood pressure and prevent heart failure. Pansies also contain anti-aging properties that help to treat psoriasis, acne and other skin problems. As a compress, it is a popular remedy to treat various skin diseases such as children’s eczema and dermatosis. We can often find pansies in homemade beauty products such as soaps, creams, and others.