Camellia – the rose of Japan. What does this flower symbolize? 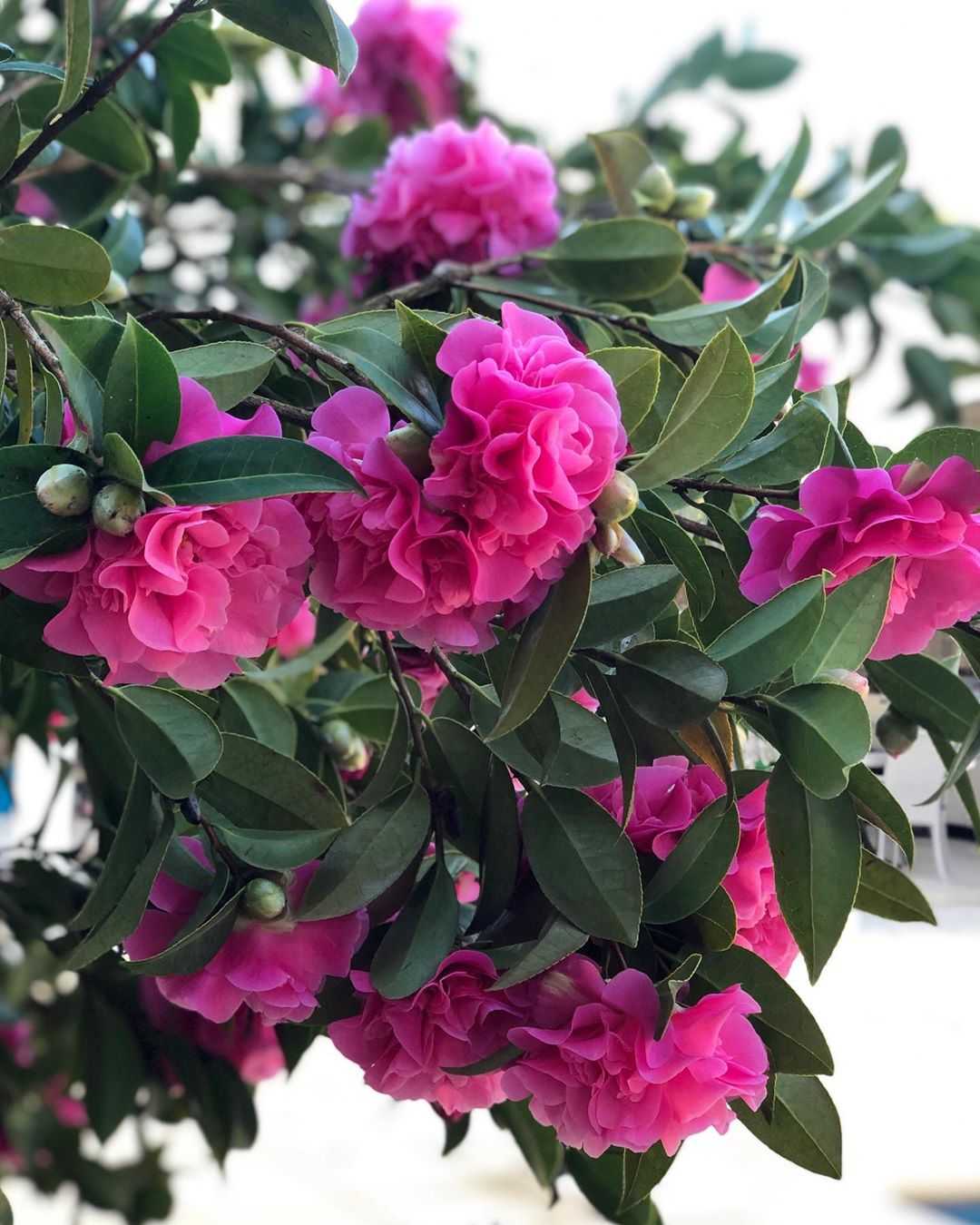 Who hasn’t seen this beautiful flower? At least once, you too have seen it at some point in your life. The beauty of Camellia is described in many legends. And it is a fragrant flower that has a lot of popularity in Asia. In this article, you will find the camellia flower meaning. Also the origins and legends of this plant.

This beautiful plant is famous for its beautiful and unique flowers. Camellia belongs to the Theaceae family and there are almost 300 species. Camellias are native to Asia – we can find them in China, the Himalayas, Japan, and India.

Some camellia species have a mild and pleasant aroma. The most popular species are Camellia Japonica, Camellia Sasanqua, and Camellia Reticulata. The crossing between different species resulted in almost 3,000 camellia hybrids. The hybridization allowed to create yellow camellias, that we could not find in the wild.

Camellias grow as a shrub or a small tree up to 66 ft. Meanwhile, their flowers can grow up to 6 inches wide. Camellias bloom in autumn and they can live for 100 years or more! The flowers come in various colors – white, pink, red, and only one yellow species.

Since camellias are native to Eastern Asia, it can only grow in humid and temperate zones. It can withstand abundant rains and likes the shade of taller trees. Colder temperatures give camellia flowers a much more intense color. While hot and humid climate causes it to lose color and can damage the flowers.

In Japan and China, the camellia is a symbol of love. It also represents other positive things such as passion and perfection. We have already mentioned, that in Japan Camellia has another name – “Rose of Japan”. And we can see the similarities not only in appearance but in symbolism as well. We know that the red rose is a symbol of love and passion in western culture. Whereas the camellia flower symbolizes the same things in Eastern culture.

In China, giving camellias as a gift is a way of expressing love and devotion to another person. Camellias are symmetrical and long-lasting, as love should be. Because of the symmetrical accuracy, camellias are also a symbol of perfection and excellence. The symmetry of the petals is a representation of the woman. While the calyx (the green part that holds the petals), is a symbol of the man, as a protector. The petals and the calyx are joined forever.

For Koreans, these flowers are a symbol of happiness and longevity. We can also find camellias on traditional Korean marriage ceremonies. It is also a popular flower in the celebration of the Chinese New Year.

Camellia flower meaning also depends on the color. There are three main colors: pink, white, and red. Each of these colors represents something unique but all they relate to love. White camellia flower meaning is an innocent love. Such as the first, childish love to a classmate for whom you will never reveal your feelings. It also has the meaning of perfect beauty.

For thousands of years, people in Asia used camellia’s leaves to make tea and various infusions. In traditional Chinese medicine, camellia tea is used to treat various diseases. Including asthma, bacterial infections, and even heart problems. This method of healing comes from the Shang dynasty, which ruled the country between 1600 to 1046 BC.

Although many people make tea from various camellia species, the most popular one is Camellia sinensis. This species is a product of many years of selective breeding and has the best tea qualities.

Seeds of some camellias species are used to produce an oil wthatis later used as fuel. The market of those species generates billions of dollars every year.

As we already mentioned, the camellia is native to Eastern Asia. And it’s an especially popular plant in China and Japan. Botanists in Ancient China were cultivating Camellias a long time before they arrived in Europe. But Camellia’s name meaning is associated with the Jesuit missionary and botanist Georg Joseph Kamel. During his mission in Asia, he described the plant and brought it to Europe in the 17th century. Later, a Swedish botanist Carl Linnaeus named the species after Kamel’s name to honor his contribution to botany.

Although there are lots of different species, one of the most popular is Camellia Japonica also called “Rose of Japan”. Originated in Japan, C.Japonica is now a very popular ornamental plant in many gardens.