Carnation meaning: what does this flower symbolize? 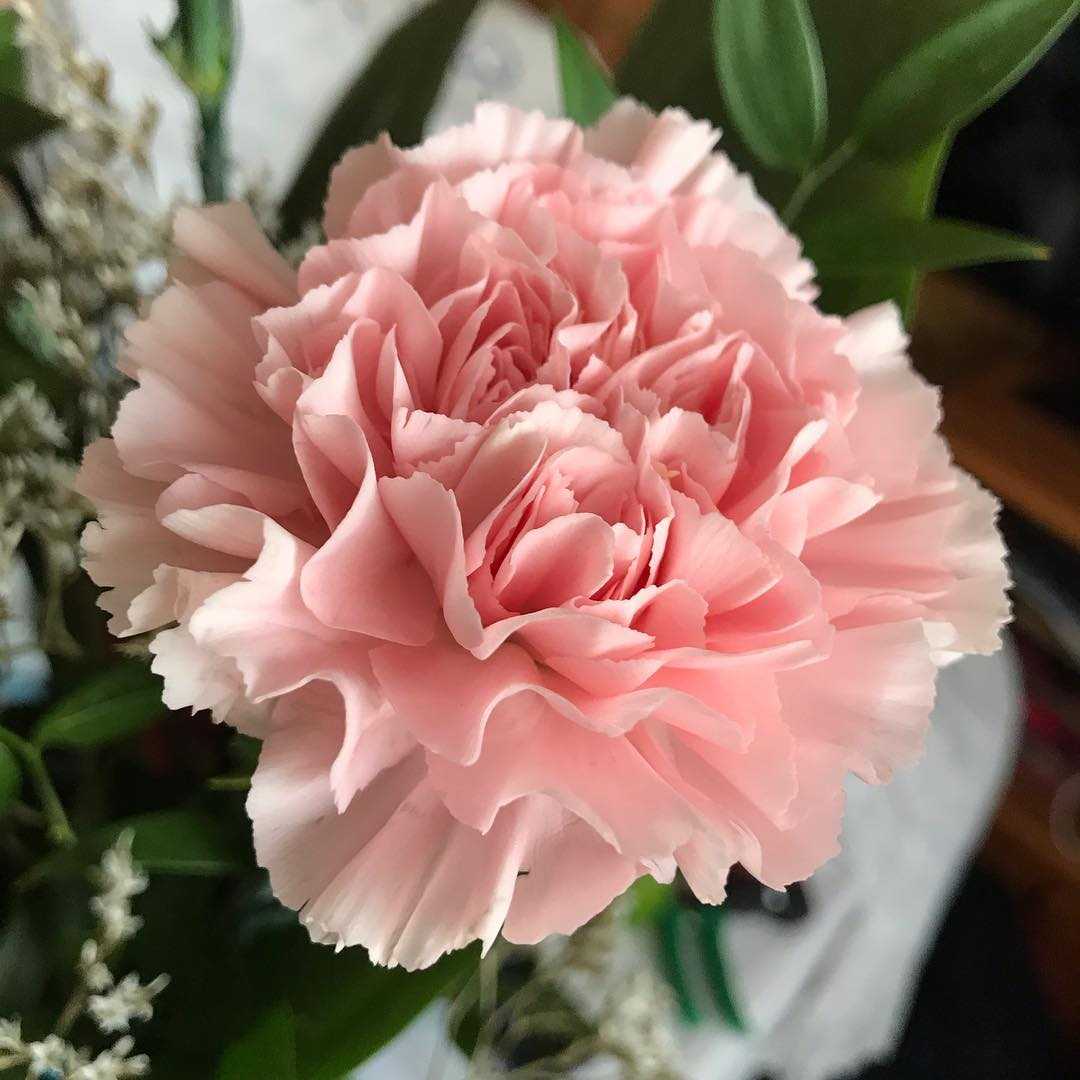 Generally, pink carnation is a symbol of a mother’s love. It represents the deep and unconditional love. The one that only a mother feels to her children. This symbolism came from the history of Jesus. According to a legend, Virgin Mary cried because of her son’s death. The places where her tears fell, later sprang up with pink carnations.

So, a bouquet of pink carnation is a perfect gift to a mother or a grandmother on a mother’s day. On the other hand, purple carnation is a traditional funeral flower in France.

Students of Oxford University wear carnations to exams as a sign of good luck. White for the first, pink for intermediate, and red for the last exam. A story from the 1990s tells that someone put a white carnation in a red inkpot during the exams. After the last exam, the carnation became red.

It is the most popular of all. The red carnation represents passion and love in its purest and innocent form. Of course, we can find this meaning in almost all red flowers. But in this case, red carnation also comes with the symbol of pride and admiration. People also have used this flower as a symbol of socialism during the demonstrations on May Day.

This flower is native to the Mediterranean region. But due to the extensive cultivation of the past 2,000 years, we can find carnation in many parts of the world. With its linear, long, and narrow leaves, this flower can grow up to 30 in. The original color of the carnation is pink/purple. But because of cultivation, carnations are distinguished by having a variety of colors. We can find red, white, yellow, green, and purple, as well as mixed ones. Such type of carnation is Dianthus Barbatus. It’s a very aromatic flower with mixed colors including red, white, and pink. And we have already mentioned, that each color symbolizes different meaning.

Wild carnations grow in Mediterranean countries such as Spain, Italy, and Greece. In 1629, there were more than 20 species of carnation flowers. Today, this number exceeds 250 varieties. Carnations are among the three most popular flowers in the world. They also generate a high income in the floriculture industry.

Another beautiful thing about carnations is that they appear in different sizes. The smallest ones can measure up to 6 in, and the largest up to 30 in. This makes them an excellent plant for a garden. To grow well they need well-drained soil, lots of light, and temperatures between 68 to 77 °F. Carnations bloom during spring and summer. But if you can manage to maintain the right conditions, they can flourish for most of the year.

The origin of the flower goes back to ancient Greece where it was mentioned 2,000 years ago. In one of his works, Greek botanist Theophrastus called the flower ‘dianthus‘. This term derived from two Greek words:  god (‘Dios‘) and flower (‘anthos‘). And that’s where the image of divine powers of carnation came from.

Some researchers believe that the term ‘carnation’ derived from the word ‘coronation’. That’s because carnation was one of the flowers Greeks used to make ceremonial crowns. Another legend explains the story of carnation. The Roman goddess Diana saw a young shepherd boy and fell in love with him. But the boy didn’t feel the same way and turned her down. Diana got angry so she ripped the boy’s eyes out and threw them to the ground. Later in the same place, carnations sprouted.

During the 15th and 16th centuries, European painters often used carnation in their still life scenes. Nowadays, a bouquet of carnation symbolizes love and attention.

Carnation is also an official flower of Spain, Monaco, Slovenia, Ohio state. So, if you live in those areas, it could be a nice gesture to give carnations as a gift during a national holiday.

In 1974, people of Portugal overthrew the authoritarian regime called Estado Novo. The coup was called ‘Carnation revolution’ because almost no shots were fired. Also, the pacifist Celeste Caeiro gave carnations to the soldiers when people went into the streets to celebrate the end of the regime. With this in mind, carnation is also a symbol of freedom.

There is a belief that carnations can provide protection against evil things. Thus, some people keep the flower near the door as a symbol of protection.

Carnation is also known for its large variety of healing properties. In ancient China, people used it as an interior ornament and in the production of perfumes.

One of the most common medicinal usages of carnation is to treat digestive disorders, toothache, and angina. It also regulates blood pressure and helps to calm the cough.

Carnation has sudorific properties, so it is used to treat fever and skin rashes. Its infusion can also help to fight insomnia and hormonal imbalance, as it has anti-allergic and antispasmodic properties as well. The leaves of carnation have low levels of toxicity and can help to heal and regenerate the skin.

The smell of carnation relieves stress and fatigue. Its scent can also help to keep the mosquitoes away. Some people believe that carnation works as an antidepressant and that it lifts up the spirit.