Discover the true Lily of the valley meaning and origins 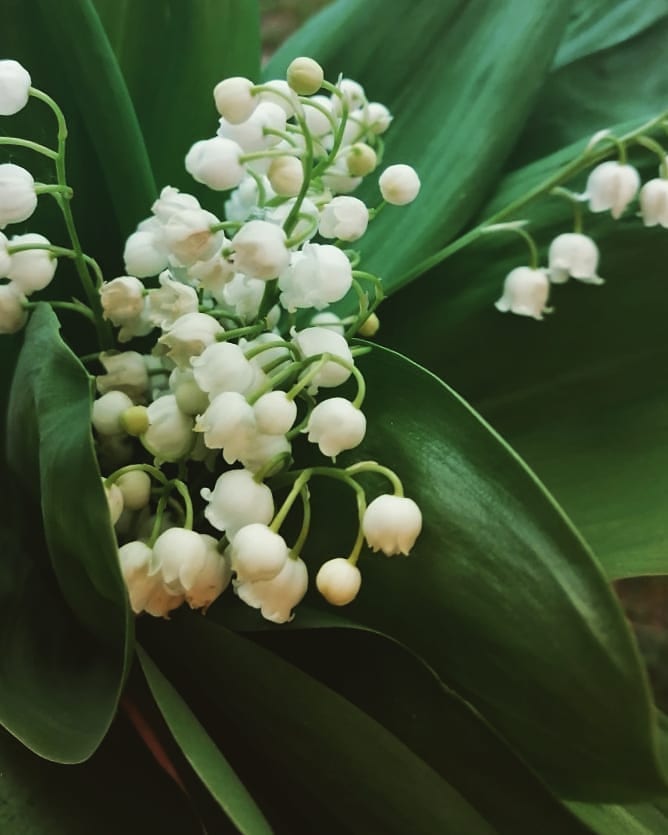 Lily of the valley meaning

Imported from Japan in the middle ages, this flower has a very rich and interesting history. It is most known as a symbol of good luck and happiness. It also takes the center stage on May 1st. Of course, there is more than one Lily of the valley meaning. So let’s take a look at its beautiful and profound symbolical meanings.

At the beginning of the 20th century, people in France started selling Lily of the valley on May 1. They wouldn’t pay any taxes on the money they earned from selling the flowers. As this was a symbol of spring, work, and harvest. So, if you’d give a bouquet of Lily of the valley to someone you love it would be a sign of wishing them luck and prosperity.

But there is also a different meaning of this flower. Lily of the valley is very poisonous and can cause pain, vomiting or red skin rashes if ingested. Before giving the flower to someone you love, make sure they know that it’s toxic. We can sometimes find Lily of the valley in flower arrangements for funerals. So, in some cases, it may signify sadness or pain due to loss or death.

One of the meanings of lily of the valley also comes from its bell shape. There’s a belief that its little bells can call the good spirits. So, that’s why it became a symbol of good luck and serenity. Another symbolism also relates to the shape of the flower. Some of the older people say that the flower can communicate with the outside world. Because of this reason, they used to keep the flowers at home to disperse the bad vibes.

Lily of the valley meaning in different cultures

One Greek myth tells that the god of sun Apollo was growing Lily of the valley flowers to the passage to the woods. Flowers protected the delicate feet of his nine muses while walking through the woods. So, this flower also signifies delicacy and kindness.

Lily of the valley is a common symbol in the Christian religion. In their tradition, they call the flower “our lady’s tears“. This term derives from the story of Virgin Mary crying for her crucified son. According to the story, Lily of the valley was then taken to the gates of heaven to measure the purity of the heart of the soul. Another theory is that it symbolizes the tears of Eve after God had expelled her and from the Garden of Eden. Humility is another Lily of the valley meaning presented in religious art. For the Christians, it also symbolizes the purity of Jesus Christ.

In Romania, this flower is also a symbol of tears. There’s an old story of a girl who lost her parents and went to the orphanage. She was very sad and cried at their graves. Later on, Lily of the valley started to grow in that place.

Another disused tradition that involves Lily of the valley comes from medieval England. During May, the people celebrated spring by dancing. They called one of the dances ‘the courtship’. It required a young man to hang a bundle of Lily of the valley flowers in the doorway of his beloved one’s house. If the young girl came to the dance with the flowers on her hair, it was a sign that she accepted her admirer’s invitation.

Lily of the valley on the May 1

One of the most popular stories of Lily of the valley goes back to the French Renaissance. In 1560, King of France Charles IX and his mother Catherine de’ Medici visited the Drome region. According to the story, there was a man named Louis de Girard. He gave the king Lily of the valley from his garden. Charles loved the scent of the flower so much, that he took it with himself. Since then, he started to offer it to the ladies of the court during the spring when they bloom. This tradition spread throughout the country and Lily of the valley became a symbol of good luck.

Another version of this story tells that Catherine de’ Medici sent Louis on a secret mission. When returned, as a sign of the success of the task he gave a bouquet of lilies to the king Charles.

Two centuries later, Lily of the valley got yet another meaning. At the beginning of the 20th century, labor organizations and people started selling lilies on 1 May. And as a symbol of spring, work, and good harvests, they wouldn’t pay any taxes of the sold flowers. Since those times, May 1 is also known as the Lily of the Valley Day. Until today, the tradition of selling this flower throughout May 1 continues across Europe.

The scientific name of this flower is Convallaria majalis. But we can also find the names of May bells, Muguet and our lady’s tears. Lily of the valley is native to colder Europe and Asia regions. It grows in large colonies and usually in a wild way. Lily of the valley blooms in spring and spreads a softly perfumed aroma. That’s why one of the symbols of this flower is the freshness of the spring.

The sweet aroma of this flower has a high demand in the perfume industry. But due to the high amount of the flowers required to make perfumes, specialists decided to combine it with other similar plants. That’s why you almost couldn’t find a perfume made of the extract of Lily of the valley.

The flower is highly toxic for humans and if ingested cause vomiting and diarrhea. But people have used the extracts of Lily of the valley for medicinal purposes as well. For example, during the WWI the extract of this flower helped to counteract the effects of mustard gas.

Some people believe that its white color brings peace and helps to purify the mind and spirit. Besides, white color contains all the other colors. Which brings another meaning to the Lily of the valley – unity. That’s why many brides choose to wear this flower during the wedding day. It symbolizes the hope of a long and happy marriage.

In floriography, Lily of the valley represents the return of happiness. It is also a national flower of Finland.